For many business owners, Microsoft Patch Tuesday doesn’t take up space in your monthly planner.  For your IT service provider, it should have a designated spot on the calendar.  This monthly release from Microsoft frequently triggers a call from clients who experience issues due to these ever important security updates.  Many Noynim clients have the advantage of our Patch Management RMM solution that helps to mitigate patching issues.

Time for Microsoft to provide transparency to 1.2 billion users

We can feel the eyerolls when it’s update time but for those  businesses who have endured the heart stopping moment of a confirmed security breach or cyber attack, updates take priority.

Microsoft’s first Patch Tuesday for 2021 included patches for 83 vulnerabilities.  This marks a 69% increase in CVEs patched from those released for the first Patch Tuesday 2020.  This statistic is no surprise to tech industry leaders tracking cybersecurity trends – there is certainly no sign of a downturn.

What you need to know about current vulnerabilities

The 2021 MS release of 83 vulnerabilities has rated 10 vulnerabilities as “critical” – these are vulnerabilities that allow hackers to seize control remotely and target unpatched systems with little interaction from Windows users.  One of the critical bugs is confirmed as an active exploitation in Windows Defender, Microsoft’s default anti-malware suite.  With a market share of 50% of Windows and Windows Defender estimated to be installed on more than 500 million devices, this is a significant bug fix announced by Microsoft.

This 2021 Patch Tuesday release highlights a zero-day vulnerability in Microsoft Defender Remote Code Execution (RCE) – CVE-2021-1647 – and is described as a remote code execution bug that was exploited prior to the patches implemented on Jan. 12, 2021.

According to reports, threat actors trick users into opening a document where Defender is installed allowing for executed code on vulnerable devices.  Although further details on this active exploitation have not been offered by Microsoft, to mitigate future attacks, the software giant has released patches for their Malware Protection Engine that will be installed automatically with no interaction needed by users.

The products that were included in this patch release include:

In addition to the MS Patch Tuesday announcement, security updates have been released by Adobe, SAP, Intel, VMware, Chrome and Android.

Your business may be a target

These security updates are critical to the health of your network and your business.  If your backups are not current and have not been tested, or if you believe you may have been attacked prior to the patch release, contact NOYNIM at (720) 524-8616.  Or visit www.noynim.com if you’re not happy with your current provider, our knowledgeable staff is available 24/7/365. 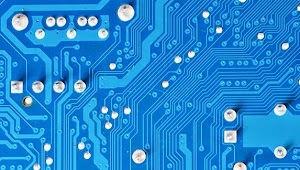 Benjamin Bender
17:24 03 Apr 20
Noynim is a wonderful IT company and have exceeded our expectations from the first day we hired them.

M J
14:14 09 Feb 21
I can’t say enough good things about this company. They are very diverse in their skill set and can take over everything from rolling out MS Teams to overhauling your infrastructure externally and internally. They also care. Care to see you happy and take that extra time to explain how and why they do things if you want to learn.

Cara
20:31 10 Feb 21
Our firm recently hired NOYNIM to replace our old IT company that just wasn't serving us well anymore after over a decade. We are so glad we made the switch. NOYNIM has exceeded our expectations despite all the obstacles that come with transitioning a business' to a new IT environment. And we have certainly thrown them some curve balls with outdated software and hardware, and having to onboard two new employees in an extremely narrow timeframe-- literally within a week of the transition being complete. NOYNIM was able to handle it all and was always very responsive no matter what the request. I would highly recommend NOYNIM to anyone looking for a quality and knowledgeable IT team.

Dharmandar Verma
16:26 15 Feb 21
They provide great support and we are using their services since 2 year. Till now no complains. If found surely update.

reena chouhan
17:45 18 Feb 21
I am having services from Daniel since 3 years and he is excellent guy with quick support.
See All Reviews